My new experience with smoking technology

so let me start this out by saying - i am not sponsored by, do not even know the maker of this product and in no way benefit financially or otherwise from the vrip manufacturers or anything. Felt like that should be clear.

Cut to the party... it's the day before and he busts it out. I pick on him and laugh at him some more about it. He insists I at least try, to which i break down and oblige. He packed a bowl of some of my blueberry work and i hit it. Immediately i taste flavors I've never tasted in cannabis. Sweet Blueberry notes that I normally could only smell existing in the bud form.

And it wasnt just that... i tried strain after strain that was there... even some Purple Urkel hybrids, which are the bane of my existence when it comes to how they affect me. Always strong paranoia and depression trigger. The high seemed to be MUCH more euphoric and happy.. all the way around the board from hazes to afghanis.

And then I realized why... All of these Volatile Terpenes and other cannabinoids that usually burn up and dissipate upon combustion are instead able to be smoked and inhaled... a lot like the Volcano but EVEN MORE so. I have one of the expensive volcanoes and i promise you, it doesnt even come close to having the flavors of this technique.

I believe with some work and modifications this thing was conceived of from an aquarium heater. But theres lots of adaptations including the special bowl made for this wand, the gasket that causes a seal when the wand touches the bowl, and the two airholes in the wand coming from diff directions to make the air suck in and spin around the heating coils. All in all, if you're SUPER SERIOUS about strains, breeding, terpenes, and getting a true idea of all of the cannabinoids each selection has to offer, then I highly recommend trying this little bastard. It's completely changed how I smoke and how cannabis effects me as a whole. 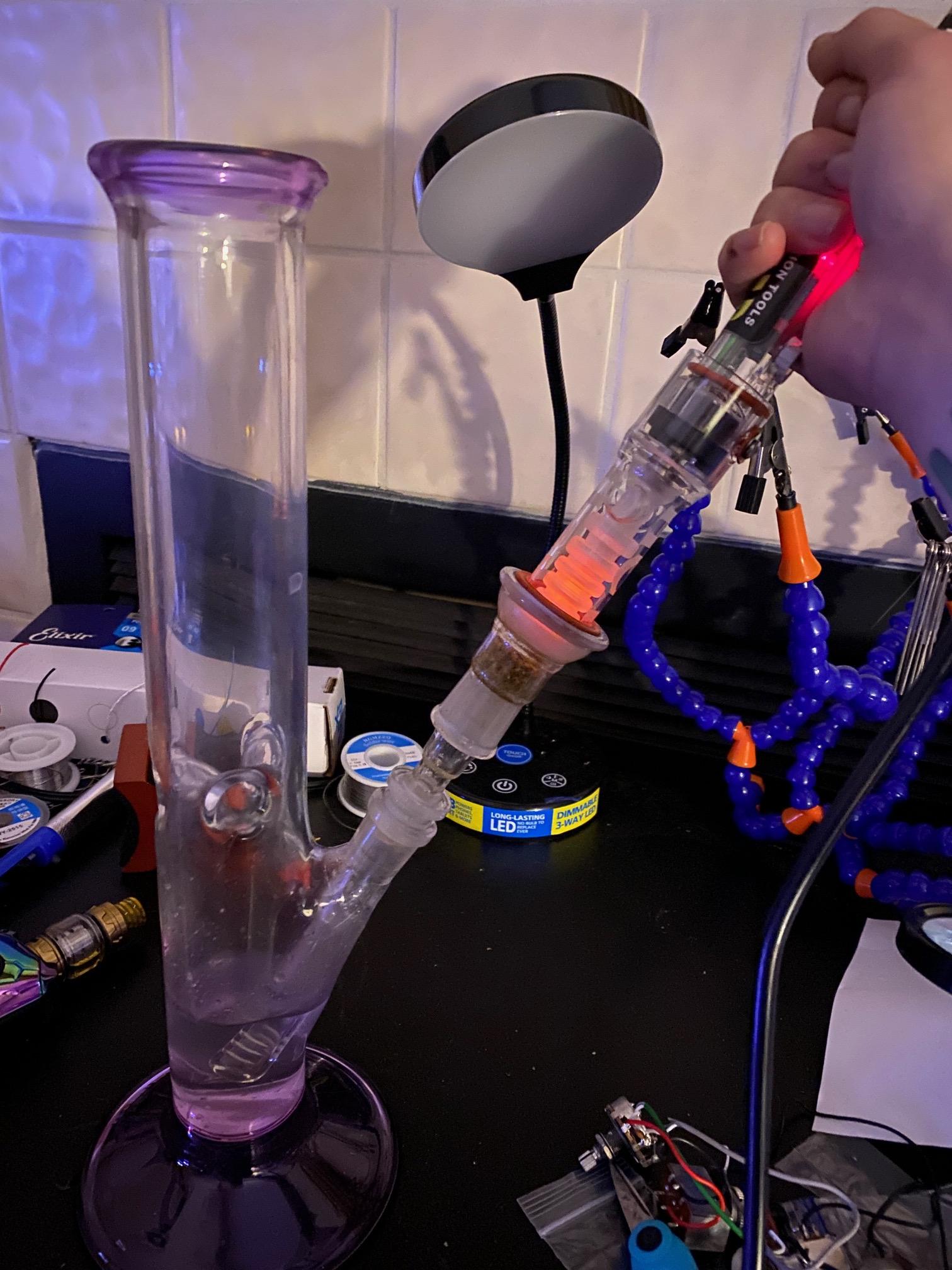 This might seem strange, I love the taste of a vape and the effect of combustion, is this combination of both?
What's it called?
Why have I got an angry face as my title? Stop laughing pmb
Last edited: Mar 18, 2020

It's called a Vriptech - my friend that showed me it originally bought it for me as a gift. Im told theyre a little hard to track down even from their own website which i believe is just the name and .com - it isnt quite combustion. It's vaping 100% but unlike the volcano its way more extreme as far as the terpenes you taste, unlike a volcano you use it in a bong which is AWESOME. Get massive huge huge thick clouds. The main difference between the Volcano / Arizer X-treme is the terps and the high. The high from the volcano and arizer just isnt as euphoric or bright no matter which strain I choose to smoke.

I feel like a christian that just found jesus. preachin the good word of the Vrip!
T

yeah, just looks like a knock off or updated verdamper.

Or maybe "the Sublimator".

Not familiar with Verdamper - not sure that thats something that ever made it over here in any quantity? Apologies for not being hip to the other tech out there. The VRIP is 15 years old if I remember correctly. It's just NEW TO ME. And very useful for what seedmakers do. So for those that aren't already familiar with it - thats who this post is for. Cheers.
You must log in or register to reply here.
Share:
Facebook Twitter Reddit Pinterest Tumblr WhatsApp Email Link
Top