Do you even need a male anymore?

Males are definitely needed, nature - balance and all that.

inbred grandparent coupling, given (by big pharma) as a trojan horse (to begin with?)

That extra arm on the X chromosome is where the keys are stored. Maybe not uniform, but that's where the magic happens? I'm pretty sure I've read somewhere that females adapt evolve/degenerate whereas males' code is locked.

Not sure on where the magic happens on the extra arm on the x, but pretty sure you do not want hermafrodite pollem in your seedline because everything should be done to select them out. You want females to remain female and males to remain male I believe.
If you induce male flowers on a female to self the plant and get female seeds, why not? Fun! But there is imho no benefit in male plants turning herma while little stress was induced. When this herma characteristic affects your female seeds, all genetics is lost for what is wat intented to be.

I planned on one male for a seedround and that male turned hermie, I threw it out. It was the force telling me to subdue myself further to the virgin goddess.

In my case, some plants produced only a single seed somewhere deep in a bud so I never saw it. I was not going to grow the seeds but when mice ate my entire crop of known good seeds I had no choice but to grow them as I had no more seeds. None of the plants grown from those seeds hermied or produced any seeds at all. Lucky? But they sure were huge mofo's! That being said, if I saw any plant that I was growing was starting to hermie, immediately into the fire pit it goes. 'Give no quarter!'.

I would say these females selfpollinating few seeds are not to be compared,with hermafrodites ruining entire crops adding up to 100 up to +1000 seeds.
And you are pollinating outside too if I am not mistaken? Maybe some other breeder miles away finds seeds from that pollem too and starts wondering where it came from lol

longball said:
into the fire pit it goes. 'Give no quarter!'.
Click to expand...

one of the best threads going, i will be reading this over and over again. i love making seeds with male pollen any hermie i see i kill asap.
M

I've read this is a survival mechanic, it seems plausible.

I have it happen when I'm pushing plants past the breeder stated flowering times.

I consider a hermie when you see considerable amounts of male/female flowers develop in clusters, they pretty quickly drop devastating amounts of viable thick yellow pollen too.

You can also get those single beak-like nana's that pop through mid to late flower, sterile as they never seem to seed anything - maybe too late in the cycle?

musashi said:
Hermaphrodism is nothing to fk with.

<...rest of the good stuff in your post snipped for clarity... -BS>

Indeed. I had issues again this year with one strain I have been trying to run for some years now. This one comes from Mendocino and was sold in the SF Bay Area for $400 an oz circa 2000. It had a few seeds per pound and I got a few dozen beans from a friend that bought this stuff and smoked it like it was going out of style (he was a retired rich engineer). 7 years ago or so I planted 7 beans of these and 3 survved to bloom. 2 were males, one was a female. I did not breed these that year or clone the female. I wish I had done either. But I had more seeds, and I figured I could grow them again. So last year I sprouted 7 more seeds and 3 made it to flowering, but... they were all males. So I saved the pollen in the freezer and figured I would grow more this year and cull the males and breed any females with the frozen pollen. So this year I sprouted 7 more and all 7 made it to flowering, but they are all males! WTF? All my other grows this year have near even male to female ratios. So its not the soil or local environment, or whatever elase. But the odds of getting 7 out of 7 males from regular beans is like 2^7, or 1 in 128. So something fishy is going in here with this strain. The guy that grew this weed was supposed to be a master grower and breeder, and grew all his stuff underground. Like in school buses (one story I heard) or in covered over swimming pools. It is a high quality indica hybrid. They called it 'day weed', as it put you in the zone but not a nap. As opposed to 'night weed' which also came from the same grower, but that put you into couch lock.

So I am led to believe that these are not fems since they are ALL males. Though I presume that these were from all female grows of sinsemilla. Any herming in the lot would result in all females, which I have had happen several times growing so called 'regular' hybrid strains that I have traded for over the years. Hemp strains and hybrids with hemp seem to be pervasive in that regard. But to get all males? If they are not fems I have to presume that they are regular beans from a sneaky male, or some pollen drift that came in on the cat's tail. If they are regular beans, I would presume that they are a mix of genetic males and females, but the females all flipped pheno sex for some reason. Ultra sensitives? They are pure pheno males; no female flowers in any of them. So I am about to chop the lot. I do not see any value in continuing with growing or breeding with this strain. Either they are all females that easilly flip sex, or regulars and all the females flip to males. Or they are the result of some chemical process by the original grower. I have not seen this in any other strains I have grown from my collection. Freezing and growing practices do not seem to be the cause of this happening. though I often times force flowering early in spring when they are in one gallon pots in order to separate the males and/or cull them. And I grow them infdoors under lights to size up before putting them outside in the greenhouses when it gets warmer in the spring. We can get late frost here at my elevation.

I ordered some STS and am going to make my first female hybrid seeds very soon.

what's the worst that could happen? 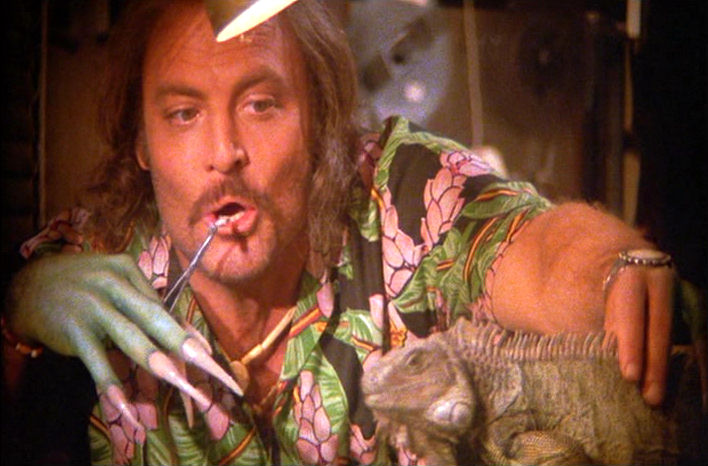 CannaFish said:
what's the worst that could happen?
Click to expand...

Smoke the bud from it and see